Our outstanding Trap and Skeet course is a quick-trigger challenge game designed to test the reflexes of the shooter. Skeet shooting is a fast game consisting of nine fixed shooting stations and two fixed traps, or target throwers. The shooter rotates through the stations shooting singles and doubles for a total of twenty-five shots per game.

Our trap shoot consists of five shooting lanes with varying degrees of difficulty and one fixed trap, or target thrower. The trap oscillates to create new challenging positions between shots. Each new shot varies in angle and height. Participants in a “singles” game of trap will shoot five targets from each of the five stations. In a “doubles” game the competitor shoots at five pairs and ten targets at each of the five stations. Wisdom from the wild

From our Activities Concierge

“We were joined by John Shim, a world champion trap and skeet shooter, that comes to help training staff throughout the year. We had a great time shooting singles, doubles, flurries and even from the hip. ”

“The most peaceful yet invigorating vacation we've had! Our two sons (15 and 21 yo) rated it better than the Grand Canyon. We participated in pistols, hiking, rifles, trap and skeet (their favorite), downhill mountain biking, whitewater rafting off-property, horseback riding, and fly-fishing. ” 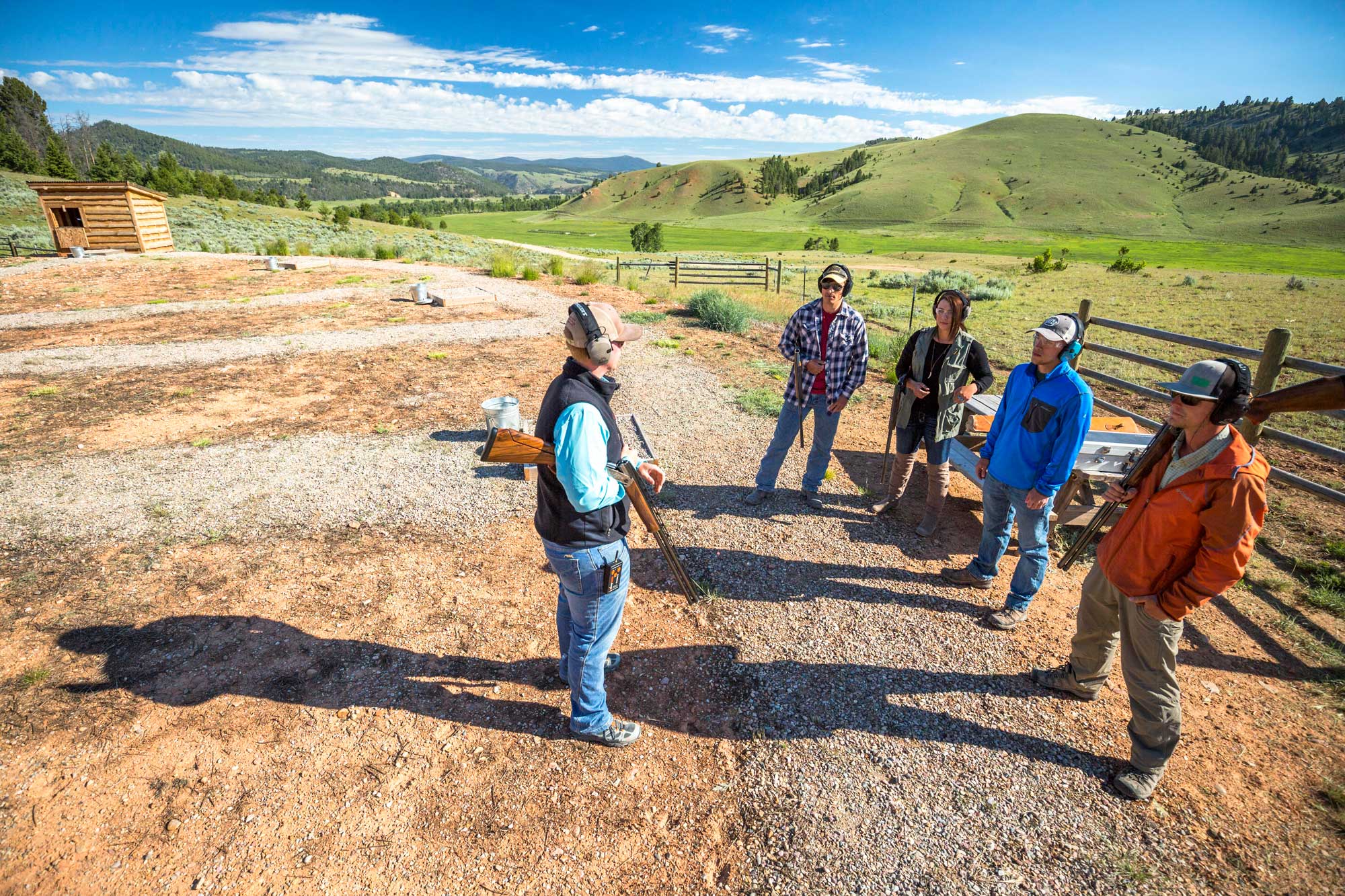 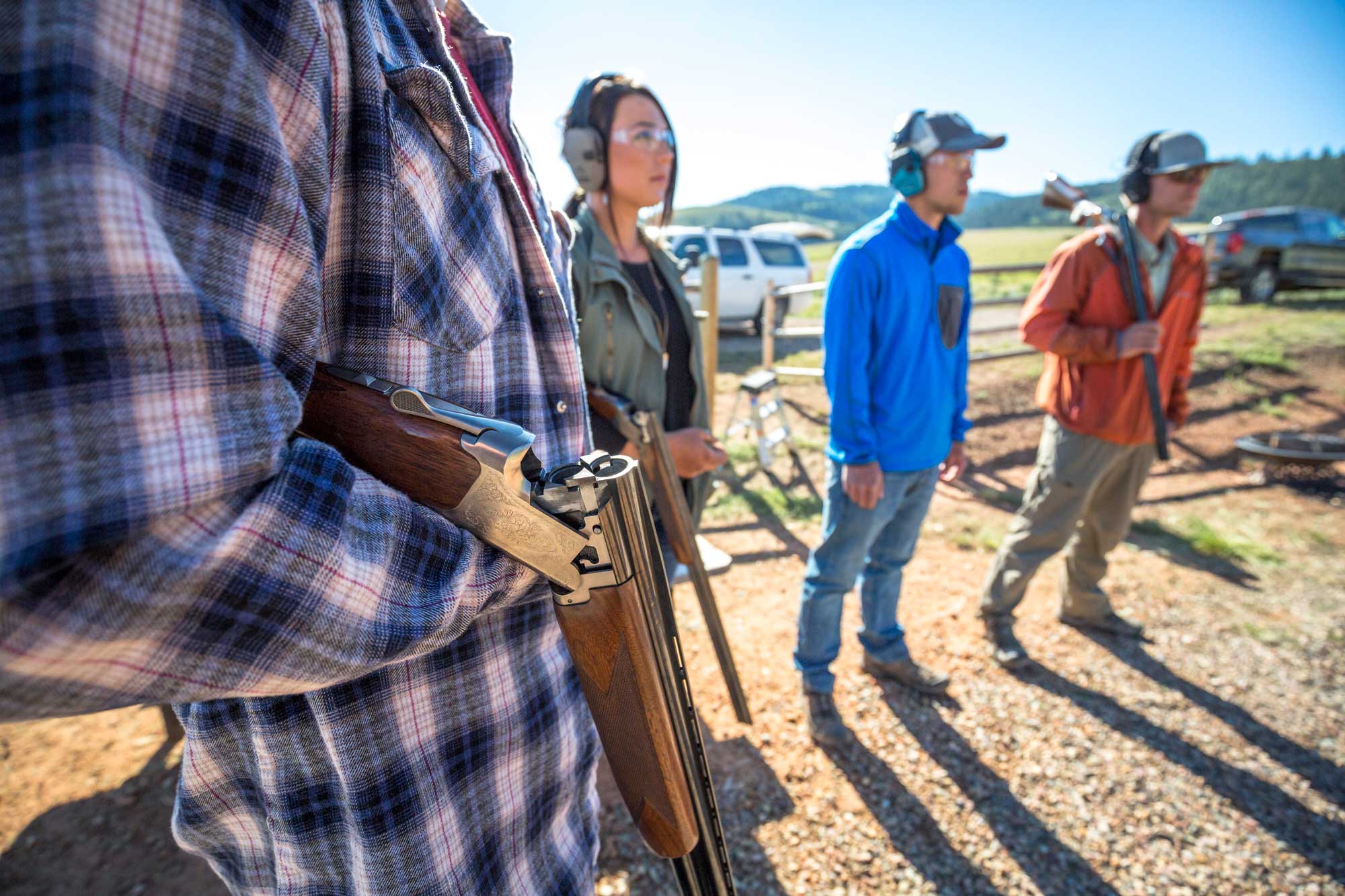 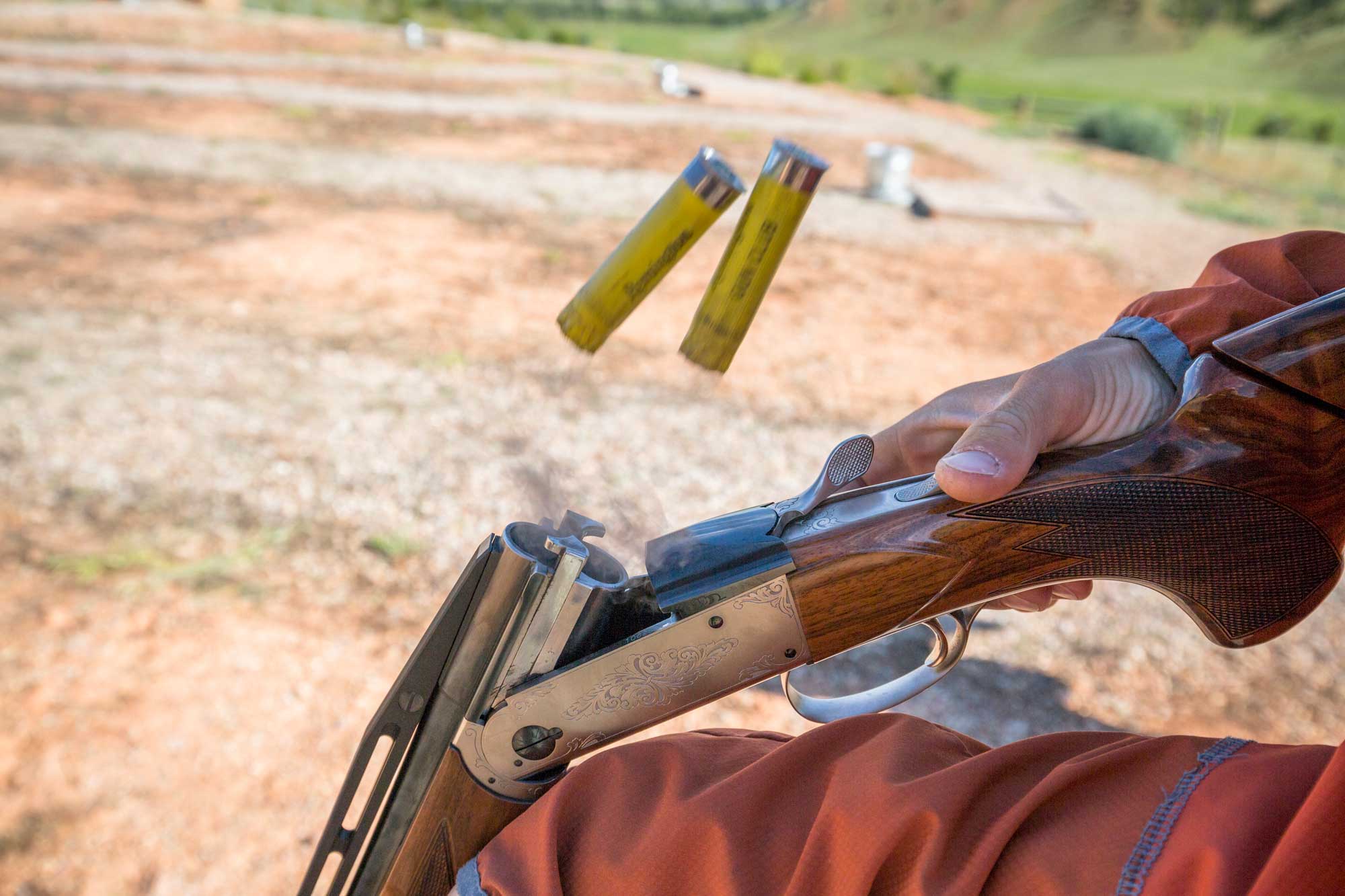 The best souvenir is a great story.

Twice-daily activities are included in your stay. Our all-inclusive rate structure ensures that visits to The Ranch are memorable for their adventures and amenities, not their logistical challenges.

Book Now Inquire
‹ Back to Activities Articles you may find interesting

Adventure, Celebrations & Events Cross It Off Your Bucket List